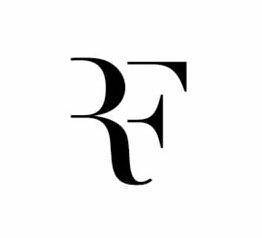 Roger Federer is considered to be the most successful male tennis player of all time.  Federer had a sponsorship agreement with Nike for over two decades and he has won all 20 Grand Slam titles while wearing Nike clothes. However, their sponsorship agreement, which was worth 7.5 million dollars per year, expired in March 2018.

Even though contract terms between Nike and Federer are confidential, trademark registration records around the world and Federer’s public statements make clear that he is not the owner of his most famous and valuable trademark. The trademark is the logo that depicts his “RF” initials.

According to Tennis World USA, Roger Federer said during a conference call at Wimbledon:

“The RF logo is with Nike at the moment, but it will come to me at some point. I hope rather sooner than later, that Nike can be nice and helpful in the process to bring it over to me. It’s also something that was very important for me, for the fans really. Look, it’s the process. But the good news is that it will come with me at one point. They are my initials. They are mine. The good thing is it’s not theirs forever. In a short period of time, it will come to me.”

The fact is that even though Federer inspired, collaborated on and promoted the design, he is not the legal owner. The trademark belongs to Nike and Nike will not just freely give him the rights to use the trademark just to be nice and helpful. Especially not now that Federer has signed a contract with Uniqlo and was wearing Uniqlo sponsored clothes during Wimbledon.

Roger Federer registered his full name and signature as trademarks.  However, it was Nike who registered the RF trademark in 2010.  Therefore, Nike is the owner of the logo in various registries across the world in international classes covering clothing and footwear.

It is very important to discuss Intellectual property ownership when brands are being created and when sponsorship agreements are being negotiated.  If that had been done, it would be Nike the one that would be seeking to license the trademark rights to the valuable trademark logo.

Nowadays, famous celebrities make most of their money from endorsements, sponsorship agreements, public appearances and merchandising deals.  That is why entertainment personalities and sport figures like Roger Federer need to register their names, nicknames, initials, slogans and pretty much anything that the consumer associates with them.

Once they register their trademarks, they can negotiate license agreements with third parties while retaining full ownership and control of their branding. Trademarks are valuable assets.  As such, these trademark portfolios, if managed correctly, can continue to make money even after the celebrity dies.  In Roger Federer’s case, his legacy continues to be so strong that it will take decades for another tennis star to reach the level of brand recognition he has achieved. Click on the link to learn more about increasing the value of your trademark.

So what will Roger Federer do now?  Seeing how he publicly complained about not being able to use his own initials, it seems that he tried negotiating the ownership of the trademark with Nike and was not pleased with their answer. Now he’s trying to use the power of the media and his millions of fans to pressure Nike.  His intention can be inferred from this statement he made during Wimbledon:

“It’s also something that was very important for me, for the fans really”.

Putting Nike on blast is a bold move because Federer’s loyal fanbase could stop buying merchandise with the ‘RF’ trademark and could stop associating the RF logo with Roger Federer.  If this happens, not only will Nike lose money, the trademark will rapidly lose value and could essentially be deemed abandoned. Perhaps this is what can bring Nike to the negotiating table sooner than expected.  The RF trademark has acquired a lot of value but one could argue that without Roger Federer actually wearing it, its value could slowly but surely decline.

Intellectual property ownership needs to be discussed during the brand creation process and when negotiating sponsorship agreements. If that had been done, it would be NIKE the one that would be seeking to license the trademark rights to the valuable logo. The lesson here is to never sign a Trademark Licensing Agreement without a qualified Intellectual Property Attorney’s advice. Got questions? Contact us!

2020 Trademark Update on the RF Trademark

The above article was written in the Summer of 2018.  Since then, it seems like no one used the RF trademark for almost two years.  Then reports came out in February of 2020 that the parties managed to find an out of court solution.

It seems that Roger Federer bought the RF trademark from Nike.  The economic details of the trademark assignment have not been revealed.  However, documents show that Nike assigned the trademark rights over the RF logo to Tenro AG, a company registered by Federer in Switzerland.  As such, the new owner of the RF logo is Tenro AG, the company that manages Federer’s real estate and intellectual property.

I’m sure Federer will be very careful if he licenses the rights to his trademark and I can’t wait to see him wear his logo initials again!